South Texas College was created on September 1, 1993, by Texas Senate Bill 251 to serve Hidalgo and Starr counties. It was the only community college in Texas to have been established by the Texas Legislature. A confirmation election, held on August 12, 1995, established a taxing district for the college. Seven districts, based on population, were also approved for single-member representation on the Board of Trustees. A community leader from each of the seven districts was originally appointed by Governor Ann Richards to serve on the founding Board of Trustees. Since then, an election process has been established, and all board members are elected for six-year terms.

Since its inception, South Texas College has grown from 1,000 students to an enrollment of 29,774 in Spring 2022 and has conferred more than 80,000 degrees and certificates. 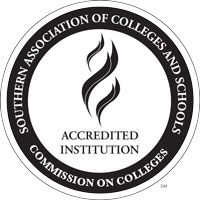 South Texas College's offerings are approved by the Texas Higher Education Coordinating Board. It is also approved for veterans' educational training in Certificate and Associate of Applied Science Degree programs by the Texas Education Agency.

The PDF will include all information unique to this page.